At Success Health System LLC we will work with you to help you overcome your panic disorder and allow you to fully enjoy life once more. Call us today for more information or schedule an appointment online! We are currently accepting new patients from Creve Coeur MO, St. Louis MO, Independence MO, Columbia MO, and Olathe KS.

What is panic disorder?

Panic disorders are diagnosed when you’ve had at least two panic attacks. Panic attacks are when you become terrified or overwhelmed, even if you are not in any danger. You will begin to constantly worry and change your entire routine to keep from having another panic attack. Panic attacks are categorized as a type of anxiety disorder.

Panic attacks usually subside around 5 to 10 minutes after they begin, but the effects can linger for hours. It can often feel like you are having a heart attack or even a stroke. People who deal with panic attacks often wind up in the emergency room or an urgent care center for evaluation.

Often when someone has an attack, they believe it is due to what they were doing or where they were when it happened, and try to avoid those specific places thereafter, when in reality it’s a panic disorder, not the place or event that triggered it.

What are panic disorder symptoms?

Panic disorder symptoms are the exact same as when you begin to have panic attacks, it begins with a sudden strong sensation of fear which can happen at any time. Often if you are dealing with a panic attack, you will have four or more of these signs that will occur:

While we don’t exactly know what caused the panic disorder, there is one possibility that there is a part of the brain in which people who deal with panic disorders have an especially sensitive area when responding to fear. We have seen a link between phobias and panic attacks, there is another theory in which panic disorders may come from an oversensitivity to carbon dioxide, which has the brain believing you are suffocating.

A few things that may be believed to be triggers that are more likely to make you have a panic disorder include:

• Someone within your family who has a panic disorder (combination of your genes and the environment you grew up in are considered, but it is not clear how much of which it is)
• High levels of stress
• Consistent negative feelings or issues dealing with negative emotions

How can a therapist help with panic disorder?

Often if you have been diagnosed with panic disorder, you will be referred to a specialist known as a psychotherapist. They may recommend a combination of the following:

It may seem hard to take the first steps to find treatment and get help for your panic disorder, but rest assured, our panic disorder therapists are experienced and knowledgeable, as well as compassionate. We want you to feel as comfortable as possible when it concerns your panic disorder. During your treatment, you will learn to overcome your panic attacks and finally be able to enjoy your life instead of having consistent worry. 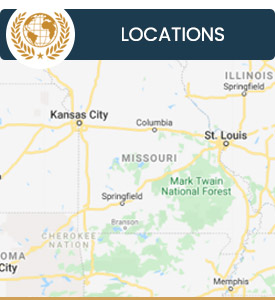